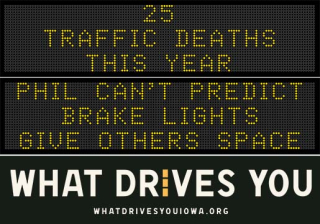 Can a rodent really predict anything? Yesterday Punxsutawney Phil saw his shadow, predicting six more weeks of winter. The quaint tradition in Gobbler’s Knob, Pennsylvania, first appeared in the local newspaper in 1886. While Phil has a 50/50 chance of being correct in his predictions about winter, we all know his shadow has nothing to do with the weather.

Other things Phil (or anyone else, for that matter) can’t predict include the behavior of other drivers on the road. Following too close to another vehicle, especially if there is snow or ice on the road, can be extremely dangerous.

Roadside Chat - Fly under the radar by obeying the speed limit 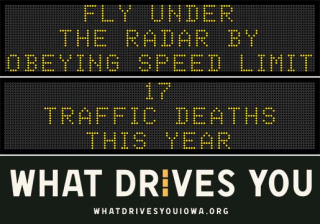 Sometimes it’s great to be noticed. Getting recognition when you’ve done something well is awesome. Getting noticed for breaking the law is the kind of attention most of us avoid by abiding by safety rules and good driving habits.

During the pandemic, law enforcement officers from around the country saw a significant increase in speeding violations in excess of 100 mph. Unfortunately, we’re still seeing an alarming number of people significantly exceeding the speed limit. To help keep you safe, law enforcement has been working to stop these dangerous speeders. 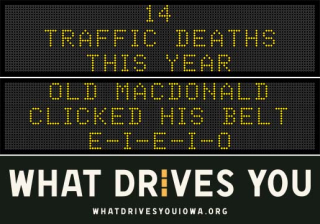 While more than 92 percent of front-seat drivers and passengers in Iowa wear seat belts, it might surprise you to learn that nearly half of those killed on Iowa roadways were not buckled up. In 2022, 114 of our loved ones were not wearing seat belts when they were killed in a crash.

Buckling up is so easy. But unfortunately, there are a number of reasons adults give for not wearing seat belts themselves. Luckily, when it comes to our kids, one of the first things most of us buy as new parents is a child safety seat.

As child safety seats have become more advanced, some of them are also a bit complicated to install and use correctly. According to an article on https://www.parents.com/, there are nine common mistakes parents make. 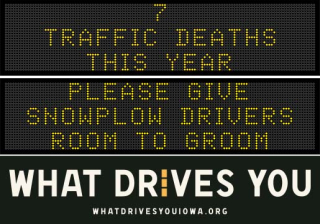 This has been quite a winter already. With a pre-Christmas blizzard, a bit of ice, a lot of slush, and snowplow crews working endlessly to get the roads back into shape to make your travel safer.

You have places to go, we get that, but there are things you can do to make sure that you, your passengers, and those you share the road with arrive safely. Here are some key things to remember if you see a snowplow on your travels.

Roadside Chat - Until people can read minds, use turn signals 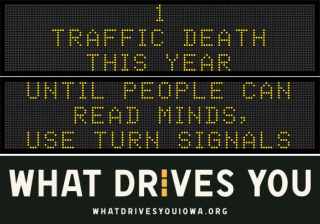 You know where you’re going, but the other drivers on the road do not. It may be possible that sometime in the future, we’ll be able to read each other’s minds, but that’s not the case today. Until then, using your turn signal is a simple concept and a very powerful safety tool every driver has at their fingertips. 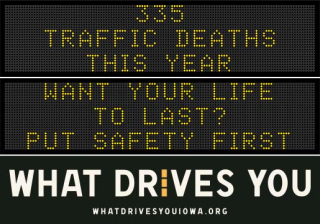 Are you one of those people who set New Year’s resolutions? Whether you are or are not, a good goal when you’re behind the wheel is to always arrive safely to wherever you’re going.

Sounds simple and of course you want to be safe and get to your destination. But how much do you actually think about what you can do to make sure that happens? 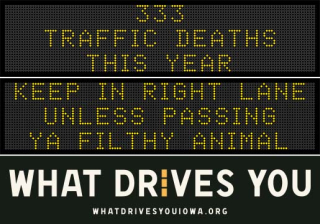 It’s the winter travel season and there are plenty of frustrations to go around. If you’re on a multi-lane road, one of those frustrations might appear when slower drivers use the left lane.

Your safety isn’t an issue because of the lane you’re in, it’s how fast you’re going compared to other traffic. Traffic safety professionals like us call this the “speed differential,” which is just a fancy way to say that if traffic is not going at about the same speed. When this happens there is more risk of crashes. 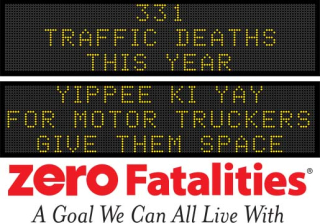 This time of year, it seems like we’re all in a rush to get somewhere. For some, that somewhere is a shopping destination. “If you bought it, a truck brought it” was a line from a movie, but it rings true.

Professional drivers put their lives and livelihoods on our roads every day. The trucks are large and cannot maneuver as quickly as a passenger vehicle. Additionally, many of these trucks have equipment that does not allow them to go past a set speed.

Roadside Chat - I like to buckle. Buckling is my favorite. 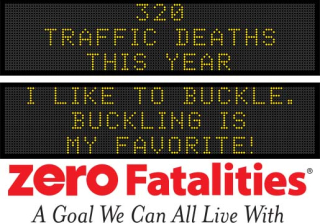 Buckling your seat belt, no matter where you’re sitting in the vehicle, can save your life. It’s really just that simple.

It sounds great that nearly all front-seat passengers are buckled until you also learn that of the 317 deaths on Iowa roads so far in 2022, 102, or nearly one-third, were unbuckled. Those are real people who won’t be there to celebrate holiday traditions with their family and friends such as watching iconic movies, like Elf, the inspiration for this week’s message.

Roadside Chat - Why is the road wet, Todd? Slow down, Margo! 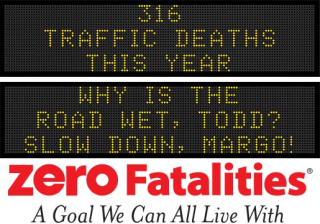 Snow and ice season is here. At this time of year, Iowa roads can go from clear to wet to snowy to icy in a very short distance. Unless the weather is sunny and clear and pavement temperatures are above freezing, you should always be prepared for slick spots.