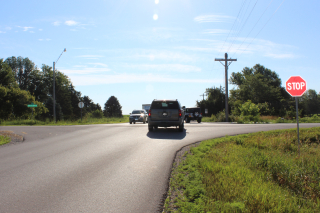 Jan Laaser-Webb, an Iowa DOT safety engineer who leads this project, said, “We wanted to look at how intersections were performing and find locations with room for improvement to reduce crashes. In the new system we’ve developed, intersections are placed in categories based on characteristics such as traffic volume and through speed. This makes it easier to compare ‘apples to apples.’ This is a proactive approach to safety where we aren’t just reacting to situations as they occur but trying to get ahead of potential issues before they become safety concerns.” 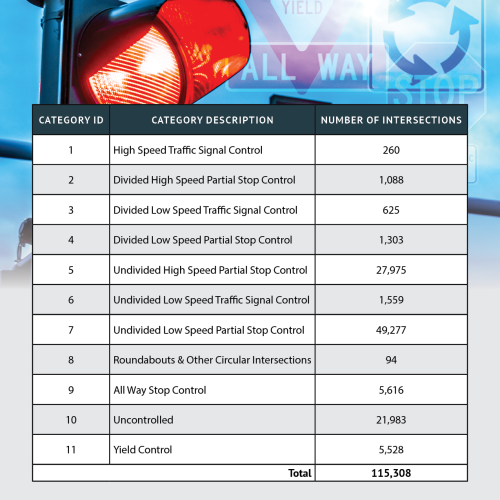 Laaser-Webb said, “By comparing data within each category, we’re looking at ‘peer’ intersections. Then a model is built, and potential crash reduction numbers are calculated. Each intersection gets two potential crash reduction numbers, one for fatal and serious injury crashes and one for all crashes as reported by law enforcement. Using these numbers we can compare intersections, even if one might be in Northeast Iowa and one in Southwest Iowa. If the type of intersection is similar then the way we approach the data analysis and safety improvements can also be similar.”

How is the potential for crash reduction calculated?

Using models to look at different data points, we can predict the average number of crashes per year at a location. Iowa DOT safety engineers and data analysts have determined the scale to which these intersections can be measured. The difference between the predicted and observed number of crashes is the intersection potential for crash reduction. 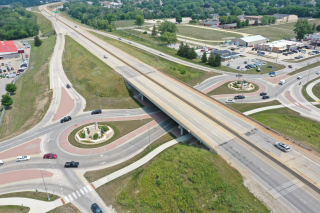 Laaser-Webb said, “The tool isn’t the only metric in determining what intersections are updated.  But using the tool can help us prioritize locations for a more detailed review of safety features.  With limited funding, we want to make sure we’re using the funds in a way that has the potential for the most benefit. While we are concerned about locations where crashes are less severe, causing property damage or potentially minor injuries, we are more concerned about locations where crashes tend to be more severe with a higher number of major injuries or fatalities. We have a responsibility to focus time and energy trying to prevent fatal and serious injury crashes.”

Who will use this new tool?
Using this new way of analyzing data, Iowa DOT’s Traffic and Safety Bureau staff are working with Iowa DOT district staff to determine priorities for each district on state and U.S. highways and interstates. Our staff has also presented the tool at the Annual Governor’s Traffic Safety Bureau Conference and plans to present it at meetings of the Iowa County Engineers Association and American Public Works Association.

“The potential for crash reduction values have been determined for every intersection in Iowa. This includes county and city roads and streets as well as state routes,” said Laaser-Webb. “The data and expertise are available to local public agencies such as counties, cities, regional planning affiliates, metropolitan planning organizations, and their consultants who are interested in determining the potential for crash reduction at intersections on their systems. They can then use the data to rank potential improvements and prioritize funding.” 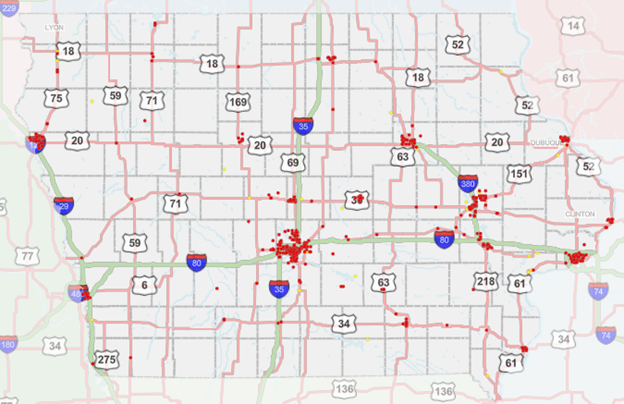 This map of Iowa's statewide intersections shows those with a high potential for crash reduction.

I see the intersection of Highway 34 and I-35 have a high potential for crash reduction. Is there information available as to what enhancements might be made for this reduction as well as time frame?