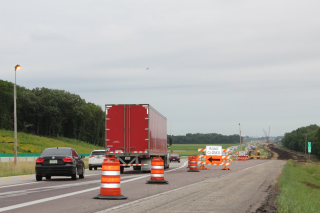 Maintaining a reliable, predictable transportation system that you can count on every day is what we strive to achieve. When the roads on that system are in need of repair, that reliability and predictability can change.

Work zones are popping up all over Iowa. These areas can change traffic patterns and slow down your commute. There is a definite science and a bit of an art to designing a safe and effective work zone. This year, for the first time, Iowa’s industry partners included a work zone award in their annual awards ceremonies.

The team initiated the awards following a model used in Minnesota. Sprengeler said, “The awards are project-oriented to recognize excellence in work zone design and execution. We also wanted to factor in the contractor’s approach to problem-solving and using innovative ideas to design a safer and more efficient work zone.” 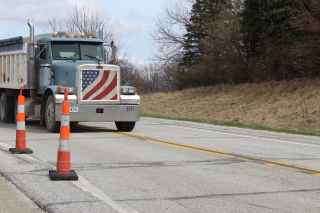 Clayton Burke from the Bureau of Construction and Materials worked with Sprengeler and industry partners to develop the criteria for the awards. He said, “The work these contractors do is critical to our projects. They take a lot of pride in what they do, and we wanted to make sure they were recognized for their efforts.

The awards were open to any traffic control contractor in Iowa. Burke said, “For Iowa DOT projects, the district construction engineers submitted projects for the awards.”

The nominations were judged by a panel of Iowa DOT traffic safety engineers and the awards were given out earlier this year at the Iowa Asphalt Paving Association and Iowa Concrete Pavers Association annual meetings.

Burke said, “The winners were really excited. Their work had never been recognized by an award of this type before. They are the ones out there consistently. They’re both the first and last in the work area.”

While the first set of awards went very well, Sprengeler and Burke say they are already planning improvements for next year. Sprengeler said, “We’re looking at new categories and tweaking the criteria to make the awards even more meaningful to our traffic control contractors.”

Projects were selected in the following categories: 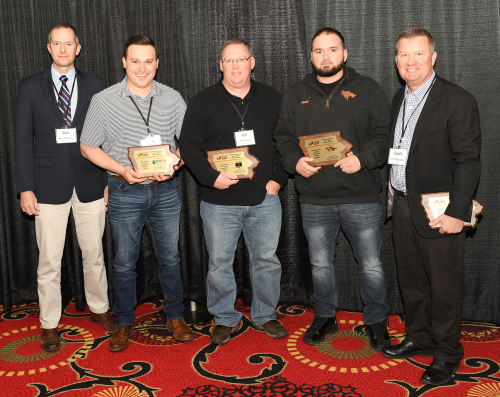 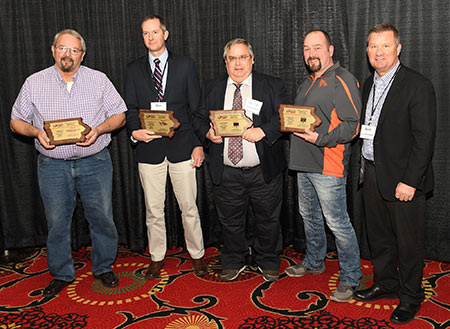 In the category: Low-volume, primary, short-term stationary project, the winner was Iowa Plains Signing for Iowa 21 in Keokuk County near Delta to Iowa 92. 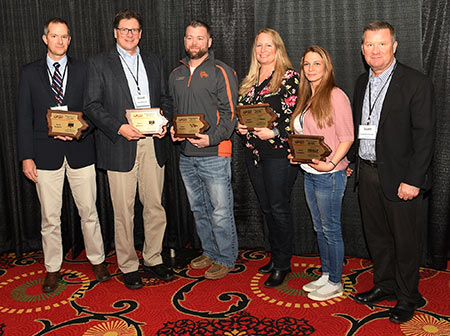 In the Special Award category, the winner was Iowa Plains Signing for Iowa 2 in Fremont County from the Missouri River to Interstate 29.

In the category: High-volume, multi-lane, long-term stationary project where the traffic control is installed and reinstalled on a daily basis, the winner was Advanced Traffic Control for I-80 bridge over Iowa Interstate Railroad in Jasper County.

There was an additional award given for the category: High-volume, multi-lane, long-term stationary project where the traffic control is installed and stays in place, except for major traffic or staging switches,  for the duration of the project the winner was Iowa Plains Signing for Iowa 58 at Viking Road in Waterloo. No photo was taken for this award.

Today while driving in Missouri on US 61, they had raise rumble strips before a lane closure, north of Hannibal, it catches your attention.
As a retired project inspector, I'm all for safety.