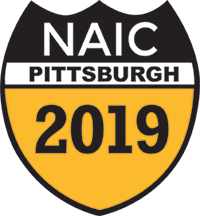 The Commercial Vehicle Safety Alliance holds the North American Inspectors Championship (NAIC) to test, recognize, and award commercial motor vehicle inspector excellence. Each jurisdiction is invited to send an officer to compete against other top inspectors from jurisdictions all across North America. Dahm was chosen by his management team to represent Iowa. A total of 51 people participated.

The competition is just a part of the four-day conference. Participants also receive training on the latest commercial motor vehicle safety trends, technologies, standards, and inspection procedures while sharing insights, ideas, techniques, and experiences with other inspectors. 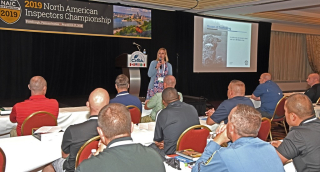 One of the training sessions included information very near and dear to the Iowa DOT’s MVE officers, human trafficking. A presenter from Truckers Against Trafficking walked participants through case studies of interdiction and inspection stops. Inspectors are also learning about ways that the law enforcement community and the motor carrier industry can work together to fight the crime of human trafficking, often referred to as “The Iowa Model,” based on work that has been done by our MVE officers. 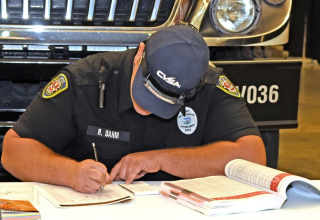 The competition phase of the conference included both written and hands-on elements.

At the conclusion of the competition, the team award, which goes to the team with the highest combined score, went to the Blue Team, led by team leader Joe Manning with Pennsylvania State Police. Officer Dahm was part of this team. 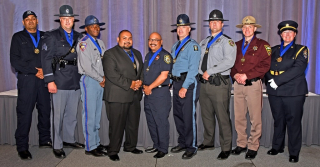 The winning Blue Team. MVE Officer Ryan Dahm is third from the right.

It really was a once-in-a-career event,” said Dahm. “Being able to build rapport and gain perspectives from professionals from other agencies was very beneficial.”