Message Monday -Save someone you love. Driver sober 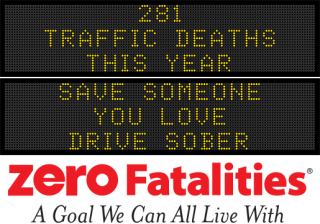 Every day, about 30 people in the United States die in drunk-driving crashes according to the National Highway Traffic Safety Administration.  That's one person every 48 minutes.

Slowly changing attitudes related to drunk driving have helped reduce these preventable deaths over the last few decades, but drivers who are drunk or high still cause more than 30 percent of the fatalities on both Iowa and our nation’s roadways.

Online insurance clearinghouse The Zebra conducted a small survey that begins to paint a picture of U.S. drivers' thoughts on drinking and driving.

For 2019, there have been 281 fatalities reported. That’s an increase of four since last Monday. The 2018 fatality count stands at 319. This is subject to change as law enforcement reports are completed. To see statistics published daily by the Bureau of Driver & Identification Services, go to the daily fatality report at https://www.iowadot.gov/mvd/stats/daily.pdf.