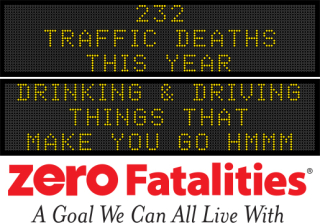 In the last three decades, impaired driving the United States has decreased by 30 percent according to the National Highway Traffic Safety Administration.

That sounds like great news until you learn that Iowa data shows that each year nearly 34 percent of fatal crashes in our state involve an impaired driver - and the data may not show the whole picture. In Iowa, if a driver dies alone in a vehicle crash and there is no other damage or injury, that driver isn’t tested for impairment. It’s likely that at least some of those crashes can be attributed to a driver who is impaired.

So why do these crashes persist? The answer is simple. Drugs or alcohol impair your judgment, making it seem harmless to get behind the wheel.

The solution will require you to take control of your behavior. If you’re attending an event and will be drinking or getting high, prepare in advance for a safe ride home. That might mean handing your keys over to a responsible friend when you arrive or simply getting to the event via a rideshare (like Uber or Lyft) or taxi service, so you don’t have the option to drive yourself home.

For 2019, there have been 232 fatalities reported. That’s an increase of seven since last Monday. The 2018 fatality count stands at 319. This is subject to change as law enforcement reports are completed. To see statistics published daily by the Office of Driver Services, go to the daily fatality report at https://www.iowadot.gov/mvd/stats/daily.pdf.