Message Monday - Cyber deals? Not behind the wheel Who doesn’t want a great deal? In case you missed all those Black Friday sales, today’s your chance to get online and pick up this season’s must-have items at a discount. But if you’re trying to find the best deals, web shopping while you’re driving could end up hurting much more than your wallet.

A 2010 study from the National Highway Traffic Safety Administration found that distracted driving crashes cost Americans $129 billion every year. With more and more distracted drivers out there, the cost in 2017 is likely much higher. 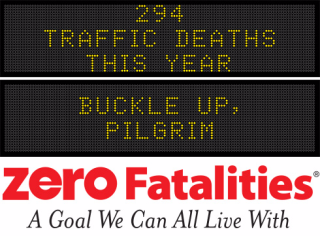 The holidays are upon us. With Thanksgiving this week, many of us are packing up and becoming pilgrims, traveling to see our loved ones.

If you’re among the thousands of travelers expected to take to Iowa roadways this week, please remember these five tips to make it to your destination and back home safely: slow down, drive sober, focus on the road, stay alert, and buckle up. 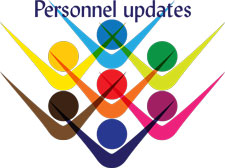 On the surface, it looks like just another erosion control project. But under the surface, the project on Iowa 31 in Woodbury County is a dive back in time.

In December 2015, Dixie Nelson, now-retired Iowa Department of Transportation highway maintenance supervisor in Correctionville, noticed some erosion on the cutbank of the Little Sioux River running alongside Iowa 31 near Anthon. She contacted the Iowa DOT's District 3 Office in Sioux City to start the process to stabilize the area. As it turns out, there is much more to this story than a need to firm up the riverbank. Do you know what to do in the event of a fender bender where no one is injured? Iowa law (House File 313 to amend Iowa Code 321.262) requires the drivers of vehicles involved in a crash where there are no serious injuries to move the vehicles out of the driving lanes of traffic.

The change was made to improve the safety of those involved in the crash, as well as others on the roadway. Getting out of the way of oncoming traffic is one of the most important things you can do to keep you safe and help avoid another crash happening in the same area, also called a secondary crash. The simple combination of salt and water in precise concentrations is the magic potion that helps in many ways to keep roads safer when there’s snow and ice present.

Why brine and not just plain salt?

Simply put, mixing rock salt with water and applying it that way gets more bang for the buck. Tina Greenfield, with the Iowa Department of Transportation’s Office of Maintenance, said, “More often than not, we just brine to treat the roads, instead of using salt alone. There’s nothing magical about brine. It’s simply a mixture of salt and water. When the water evaporates, it leaves a film of salt that says on the road.” What’s your go-to phrase when you make a mistake? For Homer Simpson, it’s “D’Oh!”  That word also fits right in with mistakes some drivers make on the road this time of year when they come upon an unexpected deer.

This time of year deer are on the move with the annual mating season called the rut, farmers chasing them out of the field during harvest, and hunting season in full swing. Store shelves are filled with anything and everything you could need or want. Getting those items to the store, and eventually to you, takes a massive transportation system that includes moving freight on our highways in trucks.

To improve highway safety, drivers of those trucks are bound by federal rules to a limited number of hours behind the wheel. When a driver nears the limit on hours, finding safe and convenient parking has become difficult due to the enormous number of trucks on the road.